On Saturday, August 3rd, our team hosted a kickoff for the new First LEGO League challenge and season at Carnegie Mellon University (CMU). This is the sixth year in a row that we have organized and hosted the event. Our team members also spend over 40 hours of work creating new resources for teams to use each year including a Scorer, Worksheets and Lessons.

We introduced the new missions for the robot to over 100 people who attended in person and more than 700 people who watched the event online. The Regional Director (Daphne Frownfelter), Assistant Regional Director (Katie Dunn) and FIRST Senior Mentor (Andy Yantes) came to support us. Andy Yantes has been mentoring our team since April and we really appreciate all his guidance.

We had two guest speakers come in to help teams and audience members think of ideas for this year’s Innovation Project. Nina Chase is a Founder and Principal at Merritt Chase, an architecture firm in Pittsburgh. She talked to teams about “the space between the buildings”. Stephen Lee is the Head of the School of Architecture at CMU. He talked to teams about innovations in his department. 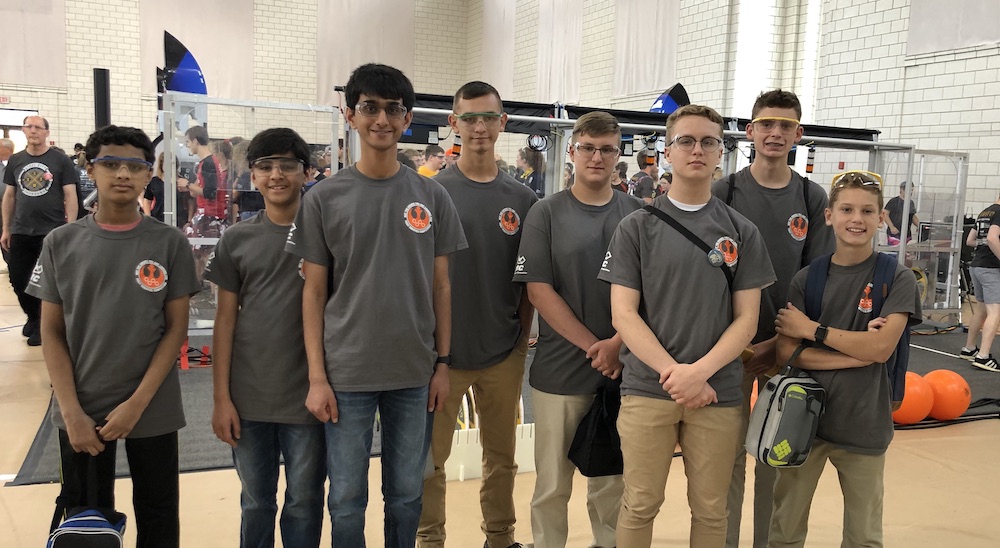 After the kickoff was finished, we went to the Steel City Showdown FRC Off-Season Event, which was also at CMU, to give us a feel for what an FRC Competition is like and to learn tips and ideas from other teams about building our robot. We would like to thank FRC# 1708, FRC #1511, and FRC #3015 for taking time to talk to us about your robot. We appreciate your Gracious Professionalism and Coopertition is helping our rookie team.

We got the opportunity to watch live FRC matches while also being able visit FRC Pits. Overall, this experience served as a great way for the team to get a feel for what an FRC competition is like. 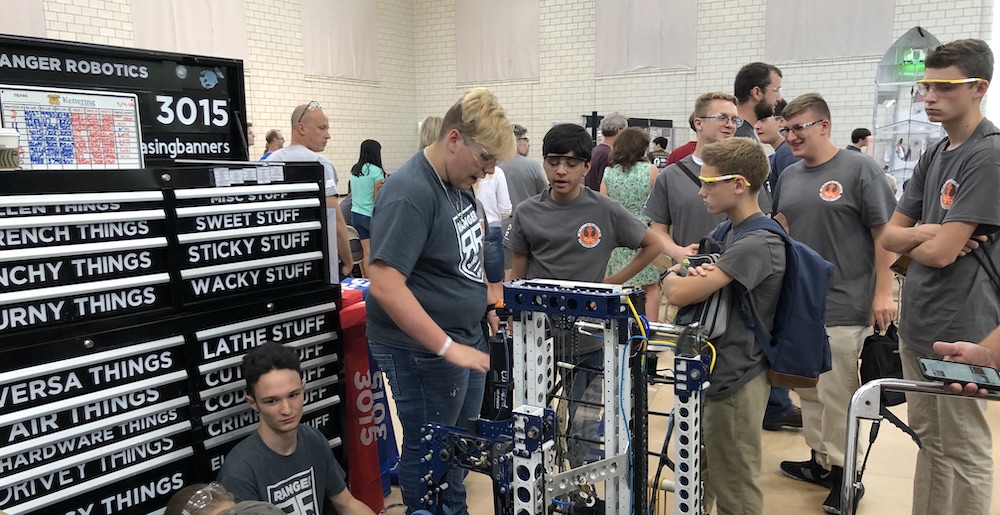