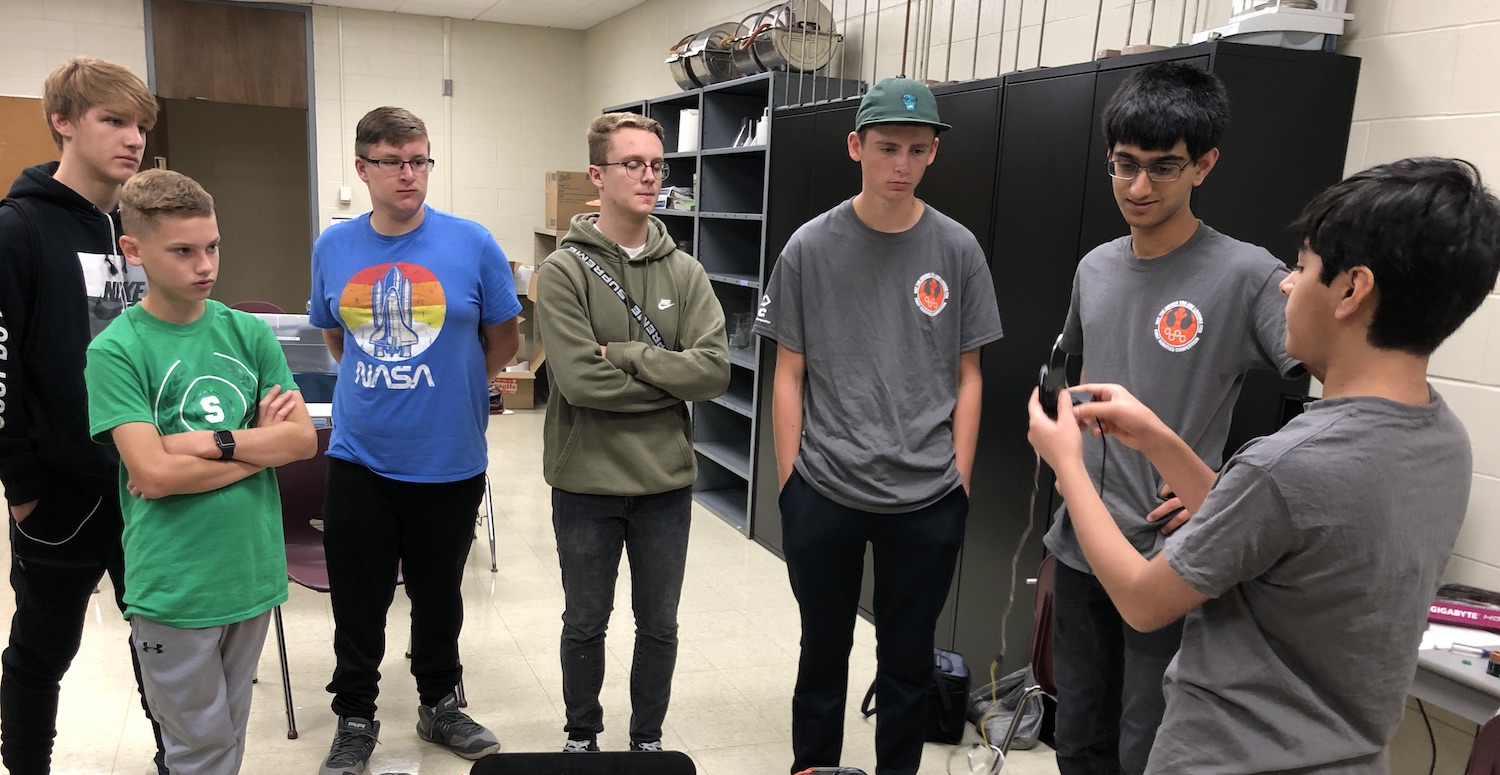 We set a goal for ourselves. We want to build and program a robot and compete at the 2019 Mahoning Valley Robotics Challenge! We have registered as pre-rookie team # 9998!

At our first meeting in our new space, we went over goals for the off-season event. We went over the team’s CAD. We decided that we should try to accomplish a few goals well rather than try to reach all goals. Finances are also a huge limitation. We are reluctant to spend too much money in the off-season. We still have to apply for all our grants and pay for registration. With limited funding and time, we set achievable goals for the team.

We first took apart our Andy Mark kit of parts chassis, cut it to the right dimensions and reassembled it. Using the CAD drawing, we began to assemble a basic lift. 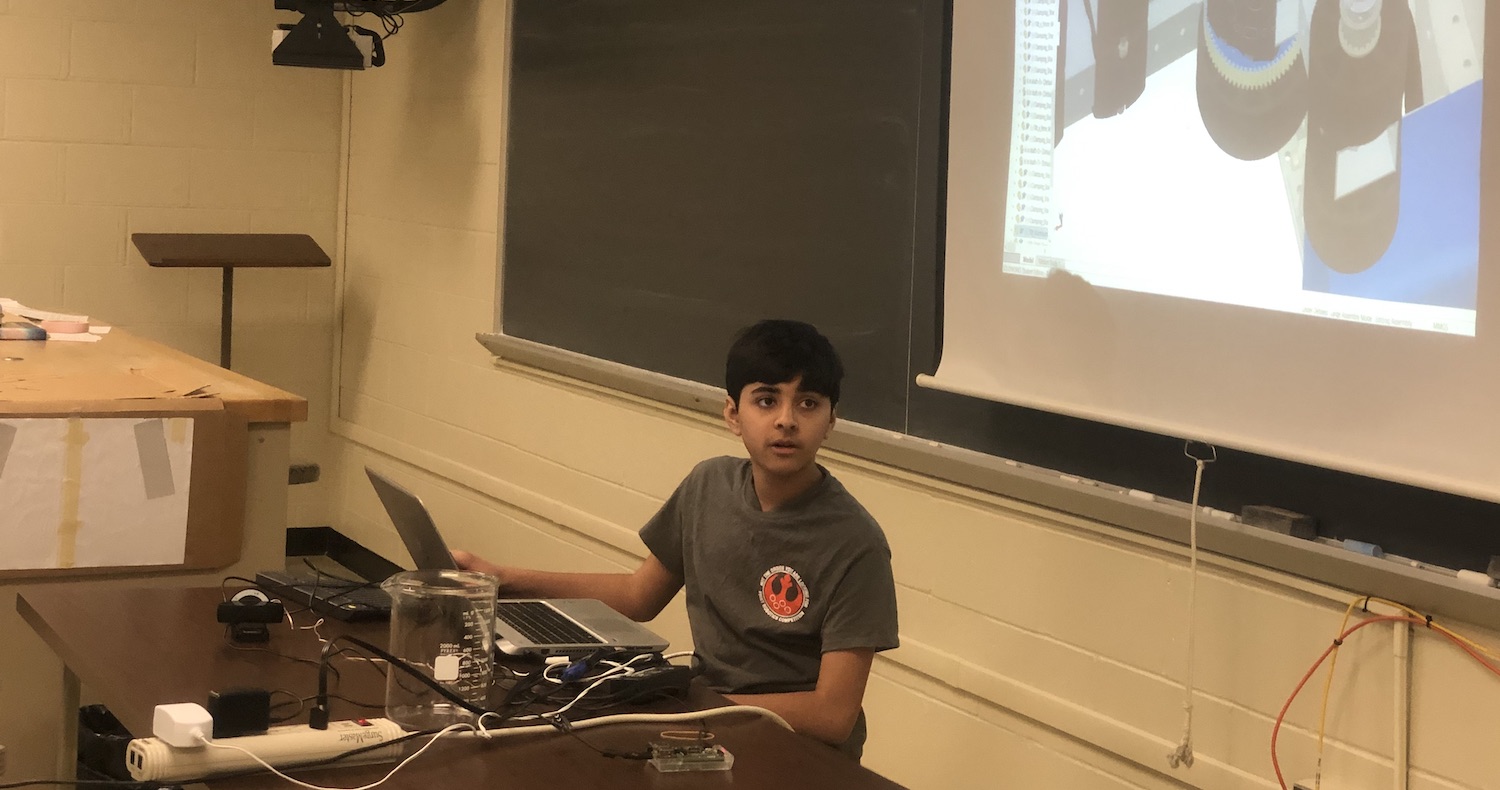 Programming should never be an afterthought

With our history in FIRST LEGO League and strong background in programming, our programmers are considered key contributors to our team. Not only will our robot not move without programming, but good programming is a key element for a good robot. Hence, we involve programmers from the very beginning.

Every sub-team is equally important. It is up to us to teach each other, encourage each other, respect each other and value each other’s contributions. #FIRSTteamvalues

Sanjay spent a week developing his own vision processing system that will track the reflective tape on the robot. We chose this option because a Limelight is far too expensive for our team, and also because it is so much more fun to develop your own system. 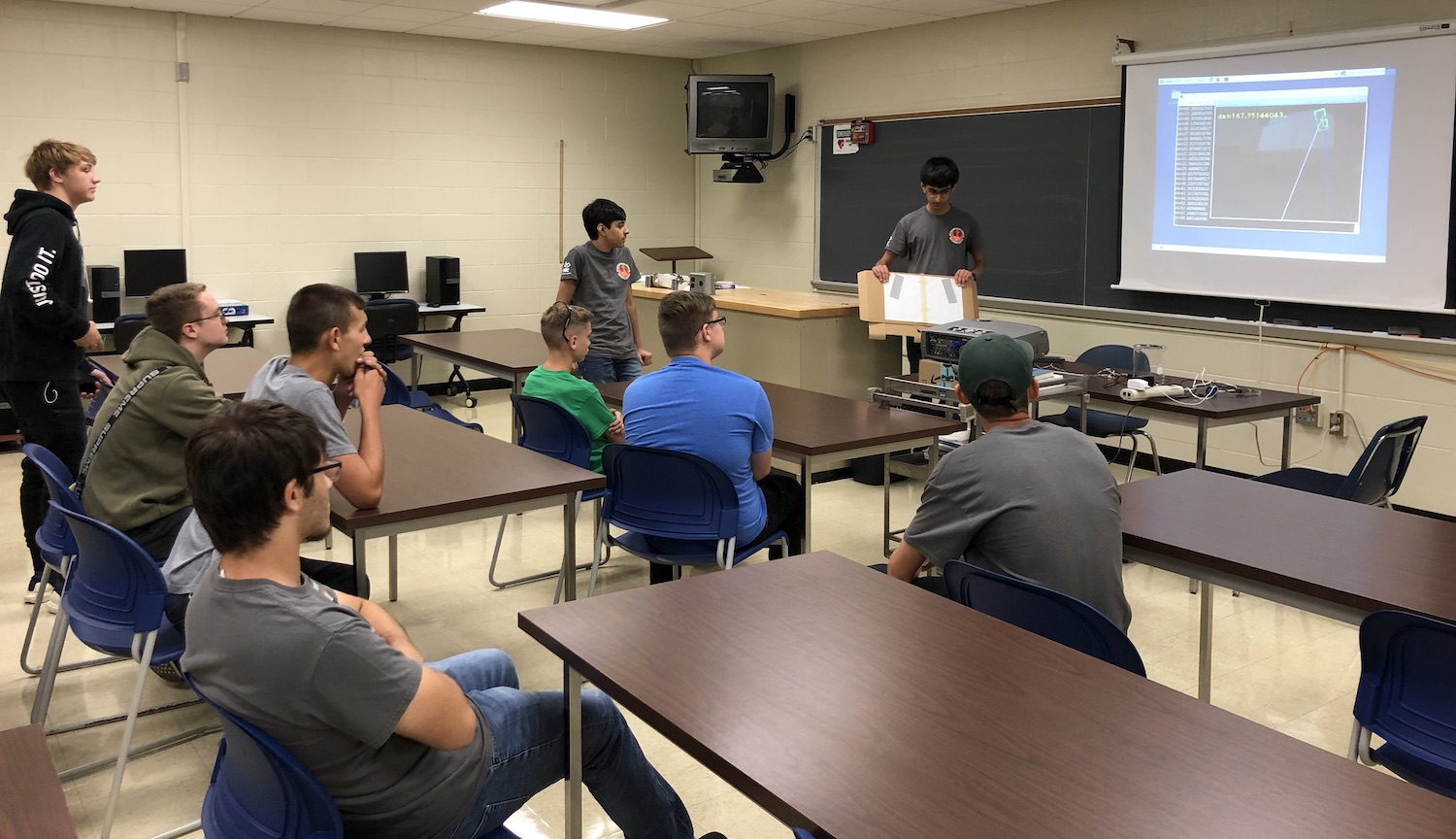