We spent the entire day at the Carnegie Science Center in Pittsburgh, PA spreading FIRST to the community. The museum was hosting a special H2Oh! day where students learn all about water. We decided to bring a FIRST LEGO League Hydro Dynamics challenge set and let students program missions.

The Droids are the World Champion’s of that season, but we collaborated with our regional FIRST LEGO League Champion’s Teams, Tiger Tech Orange and Black as well. Since we are an FRC team, we felt that visitors would like to meet and talk to current FIRST LEGO League students too. It was great to be able to represent two FIRST programs at the event.

There were 2000+ people attending the museum. Being able to inspire the next generation of FIRST kids was the best part of the event. 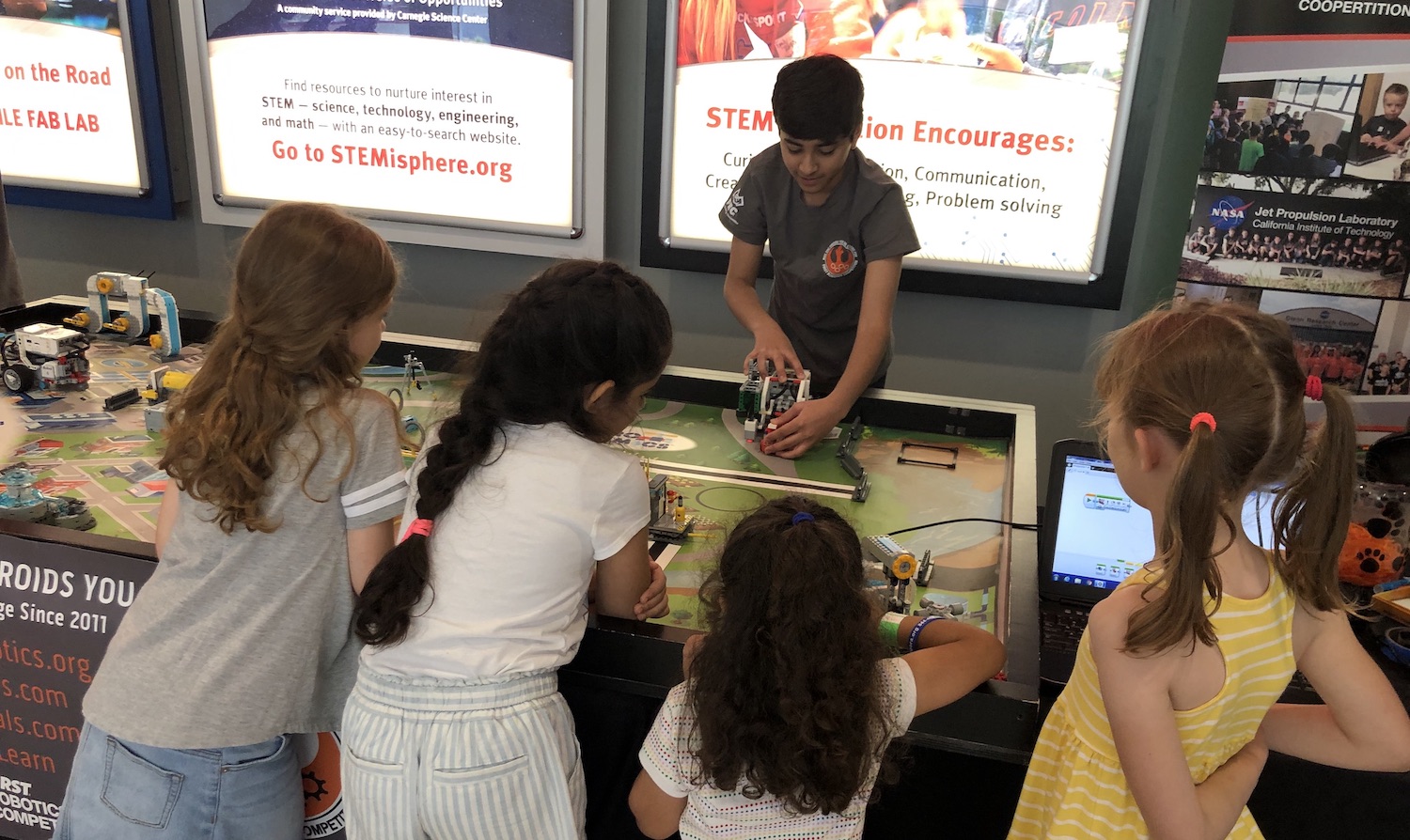 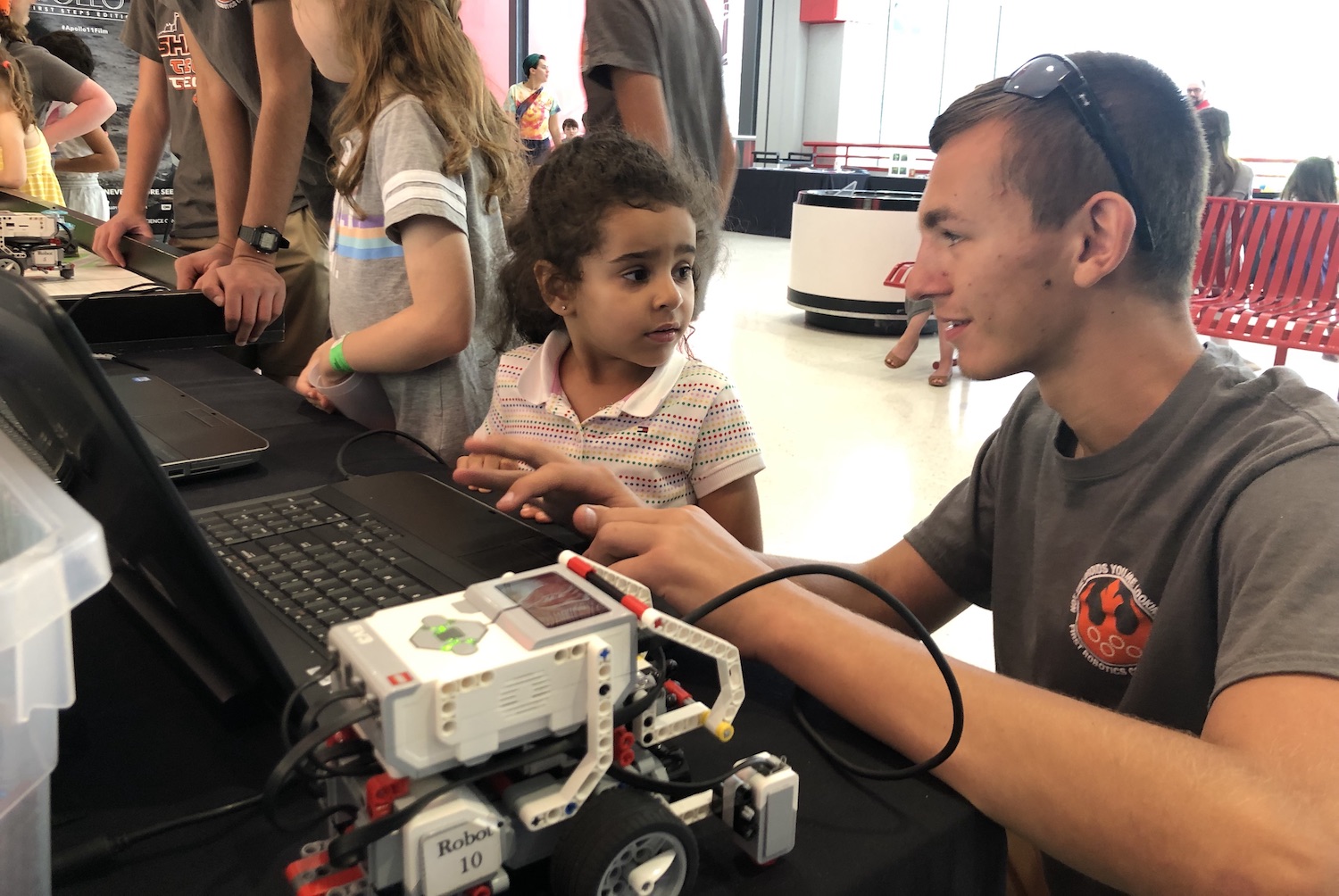